Hi everybody,
Similar to what I wrote on bash for iOS and Android apps, this script takes all windows phone apps from a specified folder and runs it through the app wrapper.
If you want to use this script, like always, just on your own risk. Please open the script and review the first params. The script doesn’t install any prerequirements, so make sure that manual wrapping does work.

$FolderUnwrappedApps
This variable defindes the folder where the unwrapped apps are stored. Right now other apps than WorxWeb, WorxMail and WorxHome are unhonored, means the script does not take them. This is planned for the next update

$FolderMDXToolkit
Set this variable to the path where the MDXToolkit downloaded from Citrix.com is extracted

$PFXPath
Pointer to the certificate obtained from Symantec

$mdmURLTXT
A bit special is a variable called $mdmURLsTXT
this file is a normal textfile and should include the different MDM Server urls like , each url per line
The script is going to create a worxhome for each url, this was done as I’m going to use this script mainly for creating the required apps for students in course.
I may update the script to accept a single URL but right now you must create the file containing at least one server url 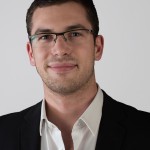